This is an inspirational story about living an unthinkable dream. Sue Sally dreamed of joining a sport that was reserved for men only. With no predecessor and no path to follow, she repeatedly broke down barriers and shattered glass ceilings, blazing a trail that would impact the future of her greatest passion, polo.
Given her first polo mallet in the 1940s, Sue Sally played polo when and where she was allowed, at times disguised as a man. She was a polo pioneer, campaigning for more than 20 years to be included in the sport’s governing body, the United States Polo Association (USPA), in an era when women polo players weren’t permitted.
Sue Sally persevered when she was neither wanted nor accepted, her chosen sport certainly not prepared for her. She was asked to leave the polo field on occasion because an opposing team refused to play against a woman. She had her life threatened, played with a split thumb, a broken leg, played five days before one child was born and three days after another, all because she was never sure there would be another opportunity.
A do-it-yourselfer from a very young age, Sue Sally had a physical hand in everything she did. "Can't" was not a word allowed in her dictionary. A force of nature to be reckoned with, she was driven to pursue her dream, come hell or high water. With a passion for polo that guided and sustained her throughout her life, she lived incredible highs and debilitating lows. Through; wealth, poverty, joy, heartbreak, discipline, sacrifice and hard work, Sue Sally Hale became “Polo’s Grande Dame”.

"Penned by Hale’s daughter, Stormie Hale as a promise to her mother...the author takes readers inside of the sport, its rules, its customs, its players...a fascinating story of success, of realizing the American Dream and one that reminds us that purposeful persistence when well executed can yield rewards."

The Adventures of My Pi and I is filled with the fun adventures of a little girl and her pet opossums. Together, they watch bugs, climb trees, go swimming, ride a horse, get lost, visit Grammaw and have a fun day. A young reader book and a great book to read to littlers.

Timber and Treena had fallen in love, but when loggers came and took Timber away, Treena didn't know if she would ever see Timber again. A young reader book and a great book to read to littlers. 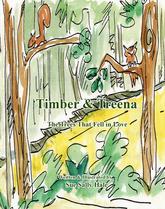 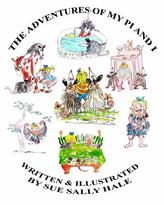 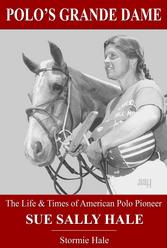